Microphones are not only the basic audio equipment but play a huge role in deciding your audio quality too. This is why choosing good microphones such as Neewer NW 800 Vs AT2020 is important for your content. These popular microphones are chosen for their clean and clear sound character but also pleasant to listen to. If you are also considering the two, here we are going to see what they can offer and how they sound to decide which will be the better choice. 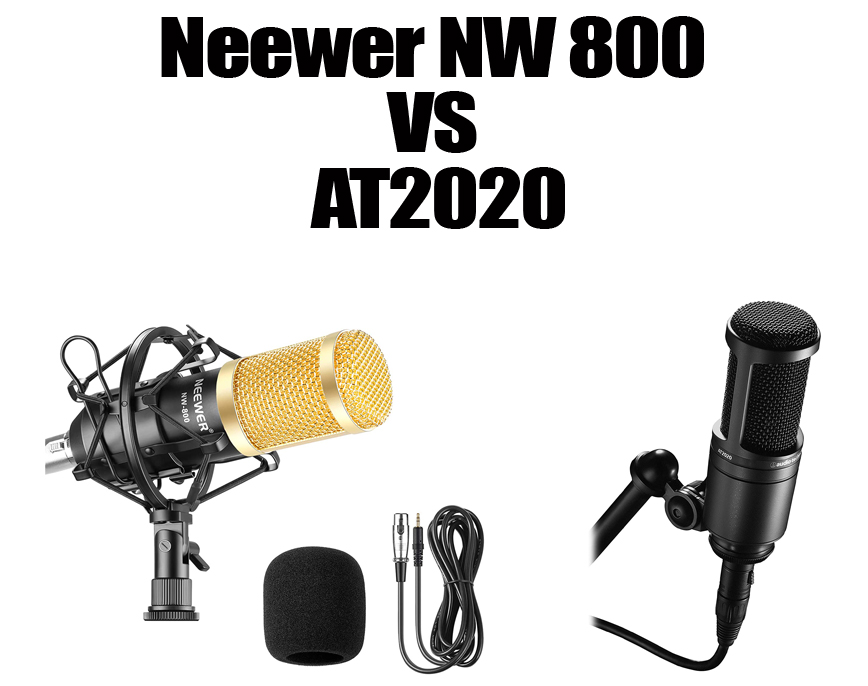 In this comparison, we are going to talk about:

Sound quality is just as important as the video if you are recording something that requires both. But, just like you will need a good camera and skill to capture the interesting event, we also need a microphone to capture the sound at the same time. What’s confusing is that not all microphones sound the same, even when they come from the same company and are similar in models. So, which microphones are the best and which will fit you the most?

The answer is subjective because good sounding itself is also subjective depending on what type of sound that you like the most or comfortable to listen to. We will know when the sound from the speaker is jittery or not clean and muddy to easily judge that the speaker is bad but it is more complicated with a microphone. In general, the closer the natural sound to the one coming from the microphone, the better it is yet, not all of us have the time and privilege to test them like this.

There are so many factors affecting the sound captured by your microphone such as the size and shape of the equipment. This is because objects that are larger in size compared to the wavelength of the sound that goes into them will have an effect on the sound and at the higher frequency, the microphone will try to interact with the sound hence changing how it is captured. The capsule on the other hand is a part of the microphone where its diaphragm is mounted.

Diaphragm can be made from several materials as well as the methods of how it captures the sound so all of them are going to affect the sound from your microphone too. If you have a condenser microphone, there is an internal amplifier inside and since they tend to be very simple in design, they are also not the best when it comes to producing accuracy. In addition, there is the transformer too such as those in professionally used microphones.

This component may be affecting the sound as well even though it is not as prominent as the rest of the microphone’s structure. Overall, almost all parts that make something a microphone can affect how they capture the sound and while the best is the ones that can capture sound as close as possible to the original source, oftentimes it is just about the personal preference in audio characters hence it is best to get the option that sounds best to you.

There are so many good options out there and if you are shopping directly, it is great to listen to how they sound first before buying one. If this is your first microphone, it is probably fast to just stick with the popular option based on your type of application such as Rode NTG3 Vs NTG5 that are great for its directionality and isolation, especially if you are recording something like an interview. For a fixed setup, USB microphone can be a good option too for their ease of use.

Audio equipment manufacturers make many good microphones such as Audio Technica, Blue, Sennheiser, Rode, etc. These named brands are easy to find and they also carry more than just a few to match with the application or even budget if you want to limit it. However, there are also more from the less familiar names like Neewer and while they are not as prominent in the market, you may want to check out their very affordable but also reliable microphones.

For those who are going to use the microphone in a fixed setup, we recommend considering the very popular Neewer NW 800 and AT2020 from Audio Technica. We are sure most people are familiar with AT2020 for how widely used it is, especially when you want to invest in a good audio system. It is a very affordable microphone but some people may still find it costly which is why we have the NW 800 here.

We are going to be lying if the price of NW 800 is not what attracts us in the first place but with less than $30 for a microphone, it is a great deal, moreover if it sounds good as well. In comparison, the Neewer NW 800 and AT2020 are not going to sound exactly the same however and this can be subjective but we do think the AT2020 is not as bright at the NW 800 so if you like a brighter sound on the high-end, we do think this microphone is a great alternative. 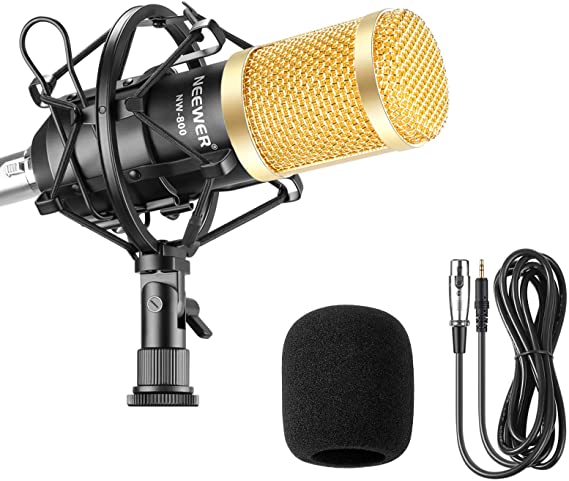 Before getting into the microphone’s sound, let’s see their build first because the microphone needs to be robust enough to last and overall just more reliable. At first we are worried about how well the NW 800 is made but this microphone is also made of full metal. The black housing and gold grill makes it stand out so much from the typical humble microphones that are mostly in black or silver including the AT2020. As for the latter, it is unsurprisingly also full-metal body and grill.

Besides the microphone itself, you will get an XLR to 3.5mm cable, wind reduction, adapter, and a shock mount in which the AT2020 only gives you microphone adapter and padded pouch to store the unit so if you don’t have an XLR cable yet, we have to buy one to make this microphone work. Overall they seem to last for very long if treated properly and we love how Neewer put almost everything in the package.

Now for the most important part, let’s see what the Neewer NW 800 and AT2020 can offer starting from the rough specs to give you an idea what these microphones are promising and how they may sound like. As for the frequency response they are from 20Hz to 16kHz while the latter is from 20Hz to 20kHz. The two are condenser and cardioid in terms of polar pattern and they seem to cancel sound pretty well too when coming from off-axis.

Next is for the setup because these are very different if you wonder about how to record using the equipment. Being a condenser usually we have to provide phantom power to make the microphone work and this is why we need an audio interface for AT2020. What’s surprising is the NW 800 actually works well too without the phantom supply or with a power supply as low as 4.5 volt which means a USB adapter will be able to power this microphone just as good, making it more convenient. 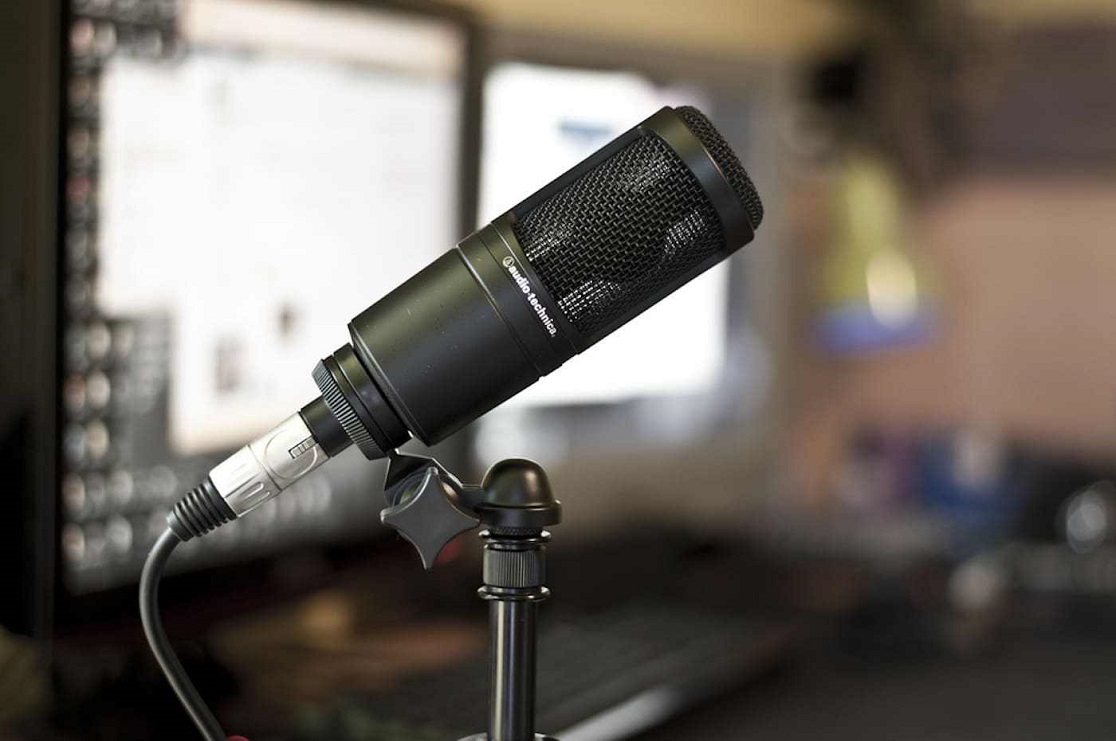 To be safe you can buy the 5 volt USB adapter so it will be enough to make the microphone work and sound good. If you already have an interface to provide 48 volts, we can use the equipment as well and it is claimed that the supply won’t damage the microphone so it is probably safe to use.

Moving further, let’s hear how the Neewer NW 800 and AT2020 sounds like and in general we are pleasant while listening to them. In comparison they are not identical however and it feels like the AT2020 is the flatter one. It is pretty balanced for the whole frequency with a slight elevation on the higher-end while NW 800 is slightly boosted across the frequency. If you like the character of the sound, this microphone is brighter than AT2020.

It can capture voice really well including the instrument so if you plan on doing covers or demo, we still think it is a great option to start with. However, it is not as detailed and tight compared to the higher end choices but, for the cost it is more than good and if you can find the similar options from the same family, in most cases the differences are only minor so you can get the most affordable model they currently have in the line.

Both microphones are good options but they don’t sound exactly the same. We are more comfortable listening to the AT2020 for human voice but it probably lacks the nuance for those who want to record vocals. If your application only calls for good sound for streaming or recording voice and song covers, we think NW 800 is a great choice for the price point, moreover we can directly connect it to the computer with a USB adapter to make it more convenient.

You can go amazing with any of these microphones because they are equally reliable. Personally we will recommend the NW 800 for those who are just getting started or don’t have an interface to provide the power because this microphone not only sounds good but also simpler to use.