Rode is a good choice for a microphone because they carry a wide range of options based on which seems to fit in your setup and pocket the most. You can get a standalone microphone or kit for a complete setup such as the Rode NT1 Kit Vs NT1A. These microphones are versatile especially for recording your voice and in general very similar as well despite not exactly identical. If you wonder which of the two will be the better option, let’s see the comparison below. 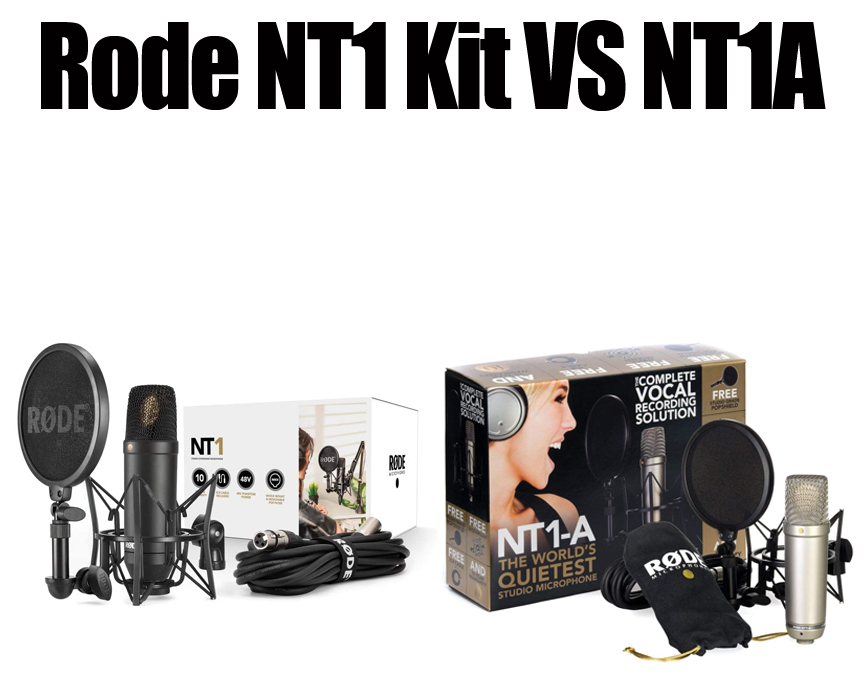 In this comparison, we are going to talk about:

Audio quality is important for everyone who is working with them whether it is for recording songs, audio books, videos, voice overs, streaming, etc. Just like we love good image quality and high-definition videos, the sound matters too. If we are capturing video or photos with a camera, the sound is recorded with a microphone before you send them somewhere such as a speaker or computer for further processing. This is why the microphone is very important for the sound quality.

The tricky part is, unlike a camera that can be easily chosen based on the application and can be seen directly from the footage or photos, a microphone is more difficult to choose because we have to actually use and listen to them. The best way to know whether they are up to your standard or not is by listening to the sound so, shopping directly is a great decision. Unfortunately, this is also inconvenient for various reasons, moreover when you can buy almost anything from home nowadays.

In general, what affects a microphone’s sound quality are the diaphragm, mechanical, and the electrical factors. Diaphragm is probably the basic and the most important because this part is what moves based on the sound and used to convert the sound to electrical signal. It decides the microphone type too, such as dynamics like Rode PodMic Vs Procaster, condenser, ribbon, etc. To get the good frequency response, this diaphragm must be very light yet, the lighter it gets, the more prone to damage.

It may be often overlooked when people are talking about a good microphone but the mechanical part or the microphone built is also playing a crucial role in deciding the performance. The body, grill, positioning of the diaphragm, etc. This design also decides the pattern of your microphone such as cardioid or omnidirectional and affects the noise rejection that it captures from the other side of the microphone besides the front part. In addition, it affects handling noise which is extremely important for both live and recording purposes.

Further, the microphone electronics can affect how they sound as well. For example condenser microphones often have electronics to boost the signal from the diaphragm before sending it somewhere and in some cases they may have features as well built in the unit such as high-pass filter to further reduce the handling and unintended noises. If you are going with a USB microphone, the electronics can play an even bigger role because they are meant to be easy to use and compact and it is easier said than done to design a good microphone.

About Rode NT1 and NT1A

Now when you are ready to find a good microphone, it is time to see what the market has to offer because there are an abundance of them out there. What adds into the confusion is the budget range as we don’t want to spend too much or too little and usually each brand has both options including those on the mid-range. We do think if budget is a concern, choosing based on the amount that you want to spend is more convenient or faster.

You can also shop based on the brand because there are lots of good, popular microphones that are known to always offer reliable options. One of them is Rode and if you have been browsing around the recommended microphone on various price ranges, we will see some of their variants in the collection. This brand has some of the most interesting offerings for the budget and you will also find different variants for different main purposes so everyone can have the ideal microphone for their tasks.

For those who want to use the microphone mainly for vocals or voice, the Rode NT1 and NT1A are two ideal options to consider. Both of them have been around for quite some time and it feels like the latter is a copy of the original variant but is made cheaper. The “A” here means Anniversary edition but we are unsure about why it is named such because the microphone itself is not only sold during the anniversary. In comparison, both are very similar, in fact almost identical to each other.

Many love the original NT1 for vocals and voice because it has a clean and very low noise or almost none which makes it a great choice for voice overs or streaming your content though some people also use them for instrumentation. On the other hand the NT1A is extremely similar to the NT1 but with a slight difference. If you can spend the amount, we highly recommend getting the NT1 because they pack more with this kit compared to the NT1A. 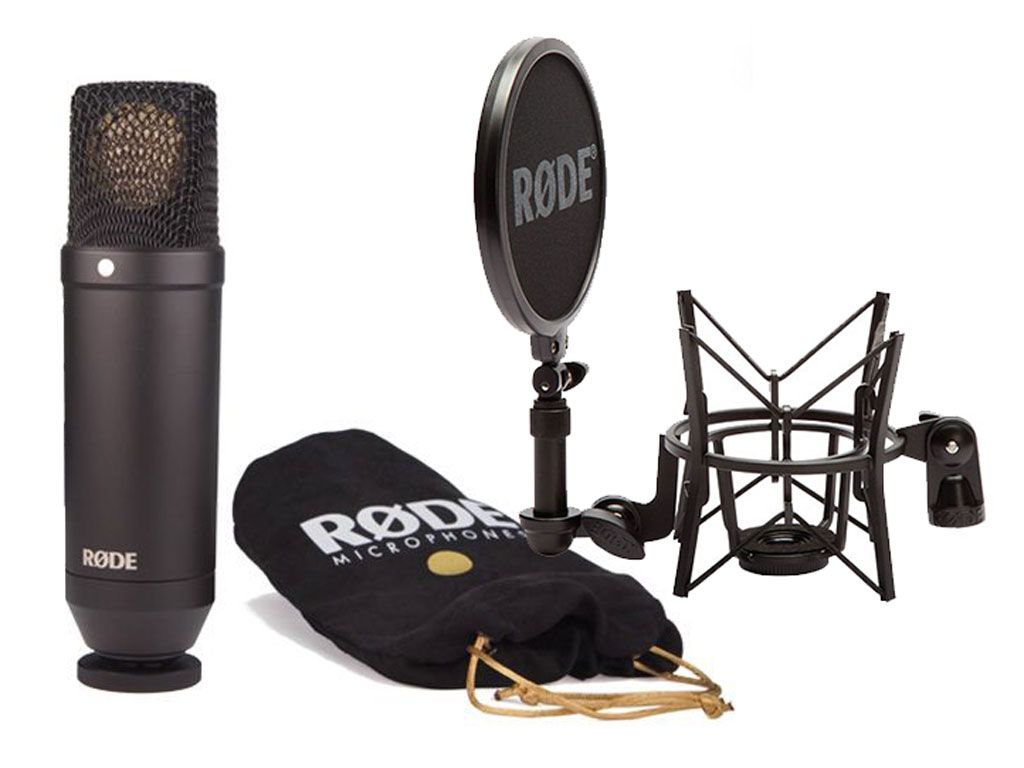 Before checking what these mics can offer, let’s see the unit first because it is quite different. The variant we are comparing here is the basic kit so besides the mic you will get the shock mount and the pop filter as well. The interesting part is that you will get a Rycote style pop filter with the NT1 which can cost around $79 if you buy it on its own. On the other hand the NT1A comes with a regular shock mount and in addition the pop filter in NT1 is also metal.

For the actual microphone, both Rode NT1 and NT1A are very similar but you can easily tell them apart from the color with the NT1 being a full black and the NT1A coming in silver. The capsule is almost the same as both are made of metal and very sturdy. The NT1A however, is just slightly taller than the original variant.

Before being able to listen to these microphones, you will need to connect them into something first and we do think many of us will use a computer to work with and since the Rode NT1 and NT1A are XLR connected, we need to have an audio interface to convert the analog into digital information for the software we use. In addition, they are condenser microphones so they will need phantom power as well so make sure your interface is suitable for this type of microphone.

Moving further, let’s see what Rode NT1 and NT1A can offer starting from the basic specs of both microphones. These microphones are coming with the same frequency response of 20Hz to 20kHz and with the same maximum SPL of 132dB, using XLR connectivity. They are cardioid polar patterns so it is great for single user applications to help isolate the sound source from other sides of the microphones. It is tested great and still useful for streaming as well if you have a computer behind the setup. 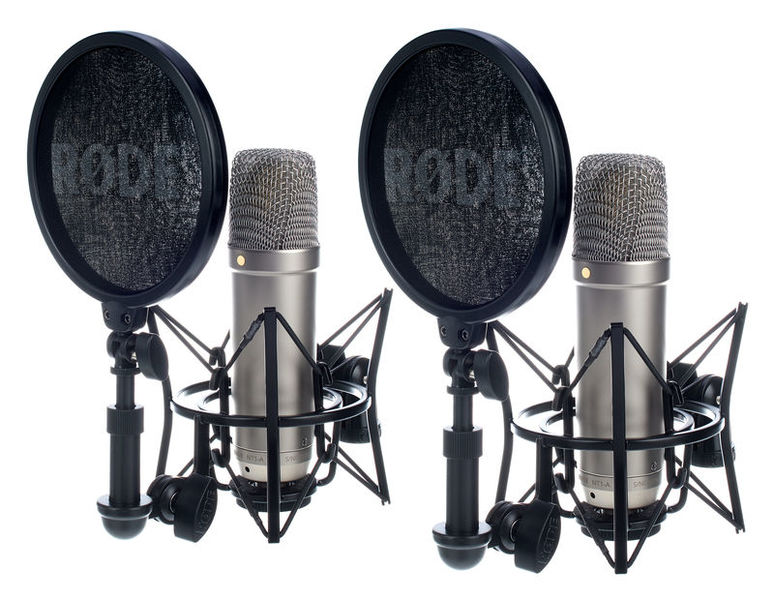 Next is for the most important part so let’s listen to the Rode NT1 and NT1A as they are also very similar to each other. If you see the frequency response on these microphones they are pretty flat but the NT1 is flatter, the line stays at zero across the frequency while the NTA1 has some boost in some areas. This where the sound quality can get highly subjective because we have our own preference and being flat means the NT1 also sounds neutral.

If this type of sound is what you are looking for on a microphone since there is post processing to tweak it further to match with your own preference then the NT1 sounds really good. On the other hand, the sound character of NT1A is more prominent thanks to the boost on some parts of the frequency. This microphone attenuates some of the low frequency and boosts the mid-range which gives voice that brightness and the trend also found on the higher frequency.

The most noticeable difference between Rode NT1 and NT1A sound is on this high frequency because the boost of NT1A is much higher than what you can hear from the original version so this produce brightness on vocals or voice which in addition to presence also gives it a little bit more sharpness yet, depending on your expectation or how your voice sounds like from the microphone, it is highly subjective.

Both Rode NT1 and NT1A are good microphones but probably for different people. We have mentioned that they can be highly subjective and this is because our preference and voice are varying widely as well. But, in short the NT1 has the better kit it comes with, especially the Rycote styled shock mount and the metal pop filter. This microphone is also very flat especially on the low to mid-range and has a slight boost on the high frequency to smoothen it if you dislike the brightness nuance in your voice.

You can go amazing with any of these microphones but personally we recommend getting the NT1 mainly for the better kit it comes with and the flatter sound. This can be better for people who want to reduce the brightness or sharp edges on the voice to give it a more comfortable and smooth character.